The Aussie is under fire as Australia’s economy caps a 27th recession-free year amid accelerating growth, robust exports and the government eyeing its first budget surplus in a decade. Fear has become the main driver: China buys more than a third of the country’s exports, equivalent to about 8 per cent of gross domestic product. That, combined with Australia’s liquid foreign exchange market, makes the currency an ideal target. 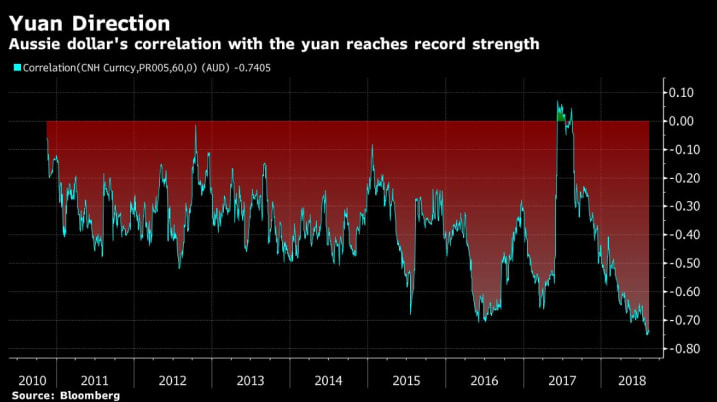 The Aussie dollar’s correlation with the tumbling offshore yuan has reached the strongest on record.

How bad could it get?

Rodrigo Catril, a currency strategist at National Australia Bank in Sydney, says it’s “not unreasonable” to see a level below 69 US cents if there’s a spike in volatility and commodity prices drop. Nick Twidale, chief operating officer at Rakuten Securities Australia, a unit of the major Japanese trading house, reckons the Aussie will trade below 70 US cents by year’s end, and potentially as low as 60 US cents in the longer-term.

The currency bought around 72 US cents in Sydney on Wednesday.

“The Aussie has been regarded as the major currency risk proxy for the [Asia Pacific] region and specifically China for a while now, and for good reason,” said Twidale. “As global trade tensions persist and indeed increase, and more specifically tensions between China and the US, then investors will continue to look to sell the Aussie dollar.”

We’re No. 1 on the list of collateral damage in who really has a lot to lose if the China story goes south.

A weaker currency is welcomed in some quarters. The Reserve Bank has kept interest rates at a record-low 1.5 per cent for two years, with some economists seeing it staying there for another two. A leg down in the Aussie opens up the possibility of faster growth and inflation that could spur policy makers into action — but the context will be important.

If the currency should sink into the 60s against a backdrop of a trade war that’s hurting global growth, it’s unikely to encourage Governor Philip Lowe and his board to consider tightening policy. But should such a move happen in a strong global environment and healthy domestic backdrop, that could change the equation.

While there have been murmurings about China and the US restarting trade talks, the tariff deadlines are looming: another round is set for next week and a third is potentially coming in September. The rhetoric remains severe: the Trump administration has portrayed President Xi Jinping’s government as a protectionist regime that needs to be reined in; while China has warned the US that it’s willing to “fight to the end.”

“The Australian dollar is a risk-sensitive currency,” said NAB’s Catril. It “remains vulnerable to the increasing probability that we will see an escalation in US.-China trade tensions.”

Australia and the Aussie dollar have often been seen as a barometer for the global economy. Former US Federal Reserve Chairman Alan Greenspan said he often looked down under for an indicator on the US economy. Yet in recent times the Australian story has decoupled from the global picture, lately characterised by tighter monetary policy as nations approach full employment that’s still to be achieved in Australia. 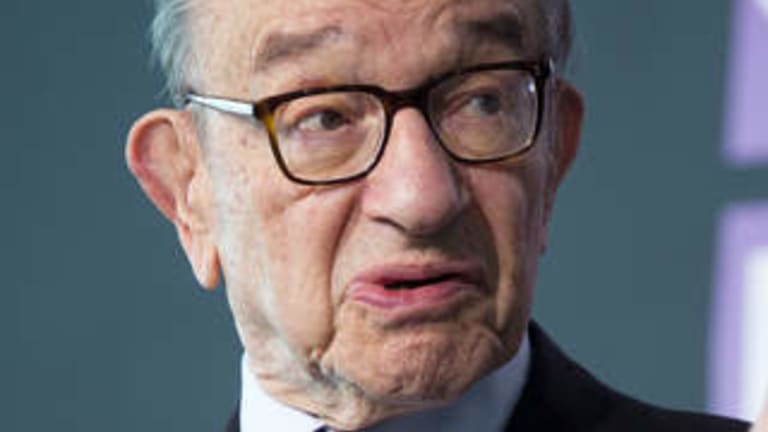 Former Fed chief Alan Greenspan looked to the Aussie dollar for clues for the global economy.

Even as the world lumps Australia with China, direct hits from a trade war aren’t being felt in Sydney. China dominates Australian shipments of iron ore to produce steel for infrastructure and housing, and it also fuels growth in its education exports, but these industries are of almost no relevance to the US-China dispute.

“It’s hard to argue that we’re in the direct firing line if you look at what the US is proposing or has put tariffs on,” said JPMorgan’s Auld.

“We’re just being caught up in the [US] dollar strength at the moment. There’s no reason why we should get pounded just because the Turkish lira is belted.”