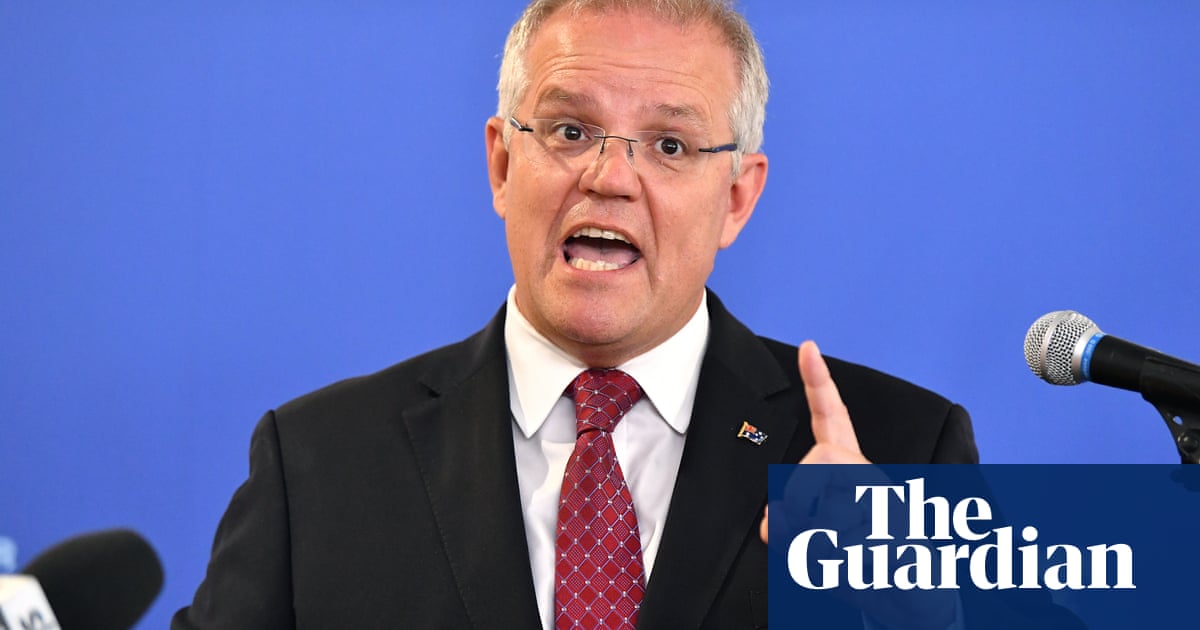 Scott Morrison has delivered his election pitch to the Coalition’s economic heartland, promising further tax relief for small business in a speech that stressed the importance of a strong economy.

Seeking to draw differences with Labor over economic policy, Morrison announced the government would increase the instant asset write-off threshold to $25,000, effective immediately, with legislation to be introduced “as a priority” when parliament resumes next month.

The change, which is forecast to cost $750m over the forward estimates, will allow businesses with an annual turnover of less than $10m to immediately deduct the cost of eligible assets (vehicles, machinery etc) until the end of the 2020 financial year.

‘We are in trouble’: Peter Dutton’s battle for the seat of Dickson

The existing threshold of $20,000 will remain in place until the end of June.

As previewed to media ahead of the delivery, Morrison’s speech also included a promise to create 1.25 million jobs over five years if the Coalition wins the election, but later in the day the government’s assistant treasurer, Stuart Robert, struggled to explain what form those jobs would take.

Robert initially told Sky News the jobs would be full time, before backtracking under questioning.

“The intent is the prime minister announced 1.25 million new jobs to be be created … we’ll wait and see what the economy throws up in that respect [full or part time] but we are exceptionally confident that we will exceed the current target of what we’ve set.”

Speaking to the ABC on Tuesday morning, Morrison said he was confident “most” of the new jobs would be full time. “It’s certainly our record that most jobs of the 1.2m created so far are full-time,” he said.

Robert also stumbled when asked why the government did not make its extension to the asset write-off program permanent.

“So many government programs have a lifetime of three years to see how they are working, how effective they are and whether they need to be changed or adjusted. So many, many programs are terminating, this is just one example of a terminating project, or program, but in this case, we have extended for one more year and increased it,” he said.

The shadow treasurer, Chris Bowen, welcomed the tax relief move, indicating Labor would support the change, giving the government the numbers it needs to pass the measure next month.

The extension of the Instant Asset Write-Off announced today is welcome but goes nowhere near Labor’s Investment Guarantee, which is available for all investments over $20,000. Labor has the better plan for investment and growth.

Labor has made inroads into the small business sector, one of the Coalition’s traditional support bases, with its own deduction policy released in March.

Labor’s policy would allow businesses to deduct 20% of new eligible assets over $20,000, a measure it aims to make permanent.

The government first increased the deduction threshold from $1,000 to $20,000 in the 2015-16 budget, extending the measure in subsequent budgets.

Morrison’s Brisbane announcement is the latest volley in the unofficial election campaign which began in earnest following the Christmas break, with the government expected to drip out big spending measures before the budget on 2 April.

With the government still lagging in the polls, despite a two-point bounce in the latest Newspoll, a move which sits within the margin of error, the Coalition has turned to the economy as its election campaign foundation.

While not going so far as to warn Australia risked entering a recession under a Labor government, Morrison hinted at it in his speech, continuing a narrative he has pursued since the August leadership spill.

“I do not want Australians to learn just how important a strong economy is to each of them by having to endure the cruel lessons of a weaker economy under Labor,” Morrison said. It was the Coalition that “managed to keep our AAA credit rating, after it was put at risk by Labor’s reckless policy of spending money they never had,” he said.

Morrison will remain in Queensland until the end of the week as he seeks to shore up seats in danger of falling to Labor in the crucial swing state, with Dickson, Bonner, Forde and Capricornia all considered vulnerable.