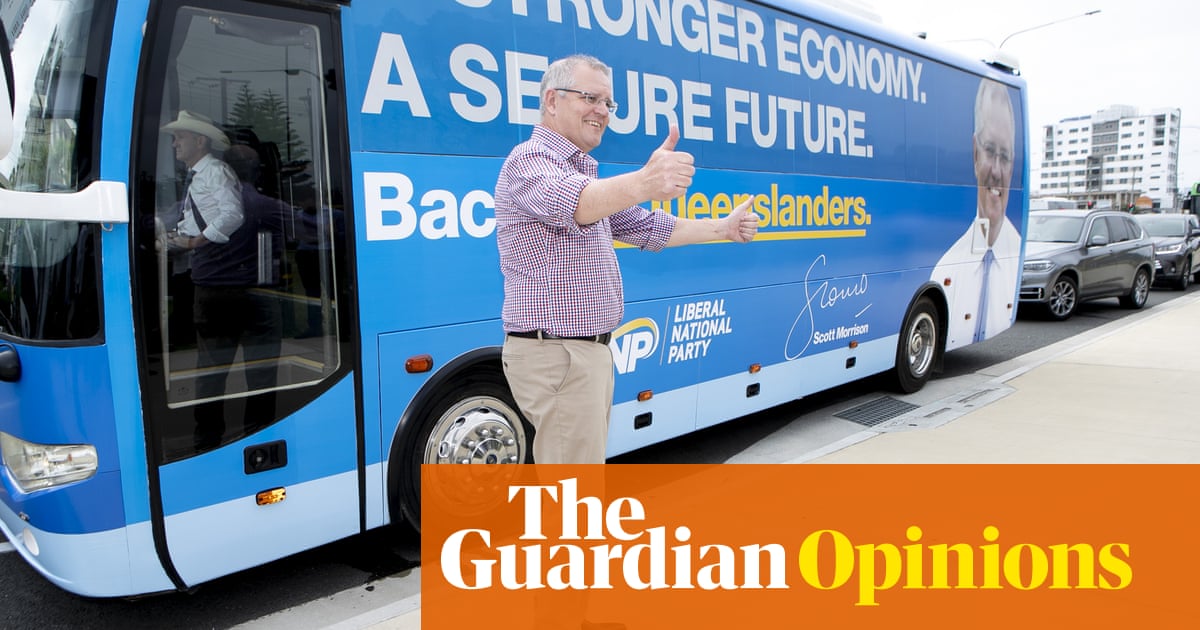 This week the prime minister is setting forth on a bus trip around Queensland – a state very much in play politically but also one with an economy that encompasses many of the concerns of the rest of the country. It is an economy that’s hard to define, with great variability and challenges.

It might seem a bit odd, in the midst of a Victorian state election, that the prime minister is heading off to Queensland. Perhaps, looking at respective polling, neither Matthew Guy nor Scott Morrison is unhappy that Morrison is a couple of thousand kilometres north of Wodonga.

So what is Morrison doing in Queensland? After all, a federal election is not likely till May next year. Is this, as one journalist asked him, the start of the election campaign?

Actually that was Kramer in Seinfeld – the prime minister in reality said, “This is me doing what I do. I’m out – I’m listening, I’m hearing and I’m doing. That’s what I’m doing as a prime minister.”

So yes, it is the start of the election campaign, and it is starting in Queensland because it has 11 seats with margins of less than 4%.

And so the sales pitch is under way, as Queensland is, according to the prime minister, “a state that has a go, always has had a go”.

What the hell that means I have no idea but one thing is clear: Queensland’s economy is a tricky one to manage and to gauge. It is a mining state, like Western Australia, but whereas WA accounts for 43% of Australia’s goods exports but just 8% of services exports, Queensland is more balanced. Its goods exports account for 22% of all of Australia’s but it also accounts for 16% of our services exports.

It is actually quite a young state – with a higher percentage of its population under 20 than the rest of the nation. And it has long been a place where the number of people moving to it vastly outnumbers those leaving it. And, in the past couple of years, there has been quite a surge of interstate arrivals:

Somewhat surprisingly, however, given you would expect that a large number of those are moving for work, the state’s unemployment rate has remained stubbornly high while the rest of the nation’s has fallen:

And, while it would be tempting to blame it on the younger population – as those under 25 make up 17.8% of Queensland’s labour force compared with 16.1% in the rest of the nation – the reality is the Queensland unemployment rate for over 25s has not fallen either:

And yet it would be wrong to say that Queensland has missed out on the good employment growth. Both total and full-time employment has grown well in the past 18 months:

And here the story is, much like Western Australia, about the end of the mining investment boom. In September 2013 there was a massive peak in new private capital investment, which very quickly ended:

And with that end has come some quite uneven upheavals in the labour market.

In September 2013, the state’s unemployment rate was basically in line with the rest of the nation. Since then major parts of the state – especially the mining areas – have seen large rises in unemployment. And the areas that have done best can be linked to tourism – Cairns, the Gold Coast, Mackay, as well as the inner city of Brisbane, have all seen their unemployment rate fall by more than the national average over the past five years:

Queensland is one state that very much loves the low dollar that keeps Australia attractive for foreign tourists – although it now ranks third behind NSW and Victoria as the destination state for short-time overseas arrivals:

Where it also ranks third is in terms of building approvals. And it is here that Queensland, along with Victoria, has been highlighted by the Reserve Bank in its concern about a housing bubble.

From the end of 2012 to 2016 there was a massive surge in the number of apartments being built in Brisbane – a surge that has very much ended:

This surge left the market somewhat oversupplied, which is reflected in the fall in apartment prices in the past year – well below the slowing growth in house prices:

The average apartment price in Brisbane hasn’t risen for over two years and as a result much of the building work that is approved but not yet commenced is likely to remain that way:

That is somewhat of a concern because the construction industry has historically employed more workers in Queensland than in other states. Little wonder then that Morrison is spruiking infrastructure projects this week – even if they are projects that have either already been announced or which were funded in the May budget.

Queensland’s economy is a wonderful contradiction, much like the state itself: young, but more dependent on old industries such as mining and construction than elsewhere; heavily dependent upon tourism but mostly in pockets – and elsewhere the industry barely registers, the number of people working in accommodation and food services pretty much in line with the rest of the nation.

It’s a state that can barely be categorised – both a mining and a tourism state – hardly the most complementary industries. It is politically conservative – the birth place of One Nation – and yet the ALP has been in power for nearly 24 of the past 29 years.

And with concern about employment more redolent than elsewhere of the end of the mining boom – with youth employment a greater issue, and worries about construction work – expect to see Queensland the destination of many a political bus trip over the next six months.

Queensland – beautiful one day, brimful of politicians the next.