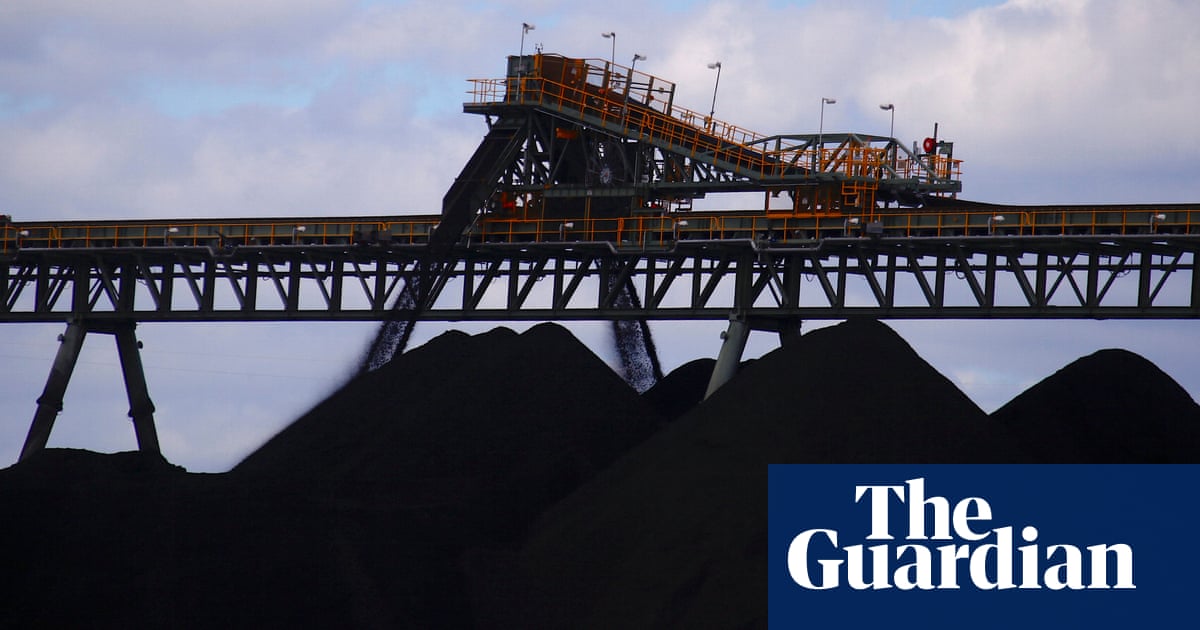 The Australian Greens will propose a phase-out of thermal coal exports by 2030 in a significant strengthening of the party’s existing policy, which has focused on banning new mines.

The Greens’ climate change spokesman, Adam Bandt, will outline the shift on Friday in a speech to the United Firefighters Union in Hobart. The speech focuses on the growing risk of wildfires as a consequence of climate change.

Against the backdrop of catastrophic destruction in California, Bandt will tell his audience Australia’s biggest chance of avoiding climate catastrophe is by ceasing coal exports.

Under the reworked Greens policy, by 2030, it will no longer be legal to dig, burn or ship thermal coal. The proposal includes maximum penalties for breaches of the prohibition of seven years imprisonment, and hefty fines.

According to the speech circulated in advance, Bandt notes Australia’s current status as the world’s largest coal exporter and the likelihood that demand will remain high “for some time”.

Australia’s economy relies heavily on coal exports, which in 2017 were valued at $56.5bn, and governments rely on revenue from royalties and tax collections.

The latest World Energy Outlook, released this week, suggests coal has enjoyed a mini resurgence over the past two years because of demand from developing economies in Asia. That report also points out Australia is the only export-oriented country projected to ramp up coal production significantly over the next 20 years.

Bandt will say on Friday the current outlook indicates Australia “will continue to export hundreds of millions of tonnes of coal every year which, when burnt, produces about twice as much global warming pollution than Australia’s domestic economy”.

“The reality is every tonne of coal that is burnt makes the bushfire threat worse, and every tonne of coal burnt brings us closer to climate catastrophe – in other words the burning of coal is no longer compatible with the protection of human life.”

Bandt will flag bringing forward legislation, based on laws regulating the use of asbestos, to ban thermal coal exports in January 2030, and impose quotas in the interim so exports scale down between now and the proposed cut-off.

The policy proposal would see export permits auctioned annually, with the revenue raised supporting a transition fund for displaced coal workers to assist with structural adjustment.

Bandt says the science is clear – the world needs to shut down two-thirds of the coal fleet in the next 12 years, and the rest shortly after. He says Australia should take the opportunity of the coal phase-out to develop the clean energy economy and pursue renewable hydrogen exports, with burgeoning demand in Asia.

He will also acknowledge his proposed coal ban isn’t absolute. Bandt says there will continue to be a role in the short term for coking coal, which is used for the manufacture of steel.

With the Morrison government strongly supportive of the coal industry, and Labor flagging a managed transition, the bill Bandt proposes has no prospect of passing the parliament.

Labor is currently finalising the energy policy it will take to the next federal election. It is mulling a package of measures to guide the transition away from coal that will be triggered because of a more ambitious emissions reduction target.

The Labor package, expected to be outlined in coming weeks, is likely to include the creation of a new statutory authority to oversee the transition and the programs intended to ameliorate it; specific industrial relations arrangements to ensure workers are managed through the process; and programs to drive economic diversification.

Bandt on Friday will compare coal to tobacco and asbestos. “When we found out tobacco companies knew their product killed but kept on selling it anyway, they got sued and they got regulated.

“We once used asbestos in our buildings because we thought it was safe. But we now know better, so we have banned it. Now it is coal’s turn.

“Coal is a product that kills people when used according to the seller’s instructions.”