“It’s a very complicated picture from where we sit.”

China is Australia’s biggest trading partner, she went on, more than a million Australians are of Chinese descent and our cultural, political and economic ties to China are broad, deep and complicated.

“And they are only going to become more so,” she said. “So, there’s a good reason why there are so many here tonight.”

From that launching point, Maguire and the panel took their audience through a wide-ranging discussion covering what they saw as the crucial points in Chinese Australian relationships.

They discussed the Chinese “One Belt One Road” initiative, the building of new Chinese-controlled ports around the world, Chinese investments in Australia (sometimes in our own politicians), the potential future of telecommunications industry controlled by Chinese companies and more.

And local interest in the subject was obvious when the floor was opened to questions.

With such a huge influence already and that likely to grow, one of the most popular questions of the night asked, was it perhaps time for Australia to consider shifting its allegiances from traditional partners such as the US?

It’s not that simple, Hartcher explained.

“It’s ‘either/or’ thinking which has dominated a lot of the Australian debate about China and the US in the past decade or more, that concept that you have to have one or the other,” he said.

“My view is that Australia has been far too mono-focussed on the US alliance for way too long. That it’s bred a very dependent and lazy Australian approach to foreign affairs (and) foreign policy.

“The US alliance, is it an asset? You bet it is (and) in my view we should keep it. We should also go as far as we can without threatening our own sovereign control of our country and people and freedom, to develop good ties with China.”

Regardless of which way Australia goes in its international allegiances, those in the audience agreed the most important lesson from the night was that Australians need to be aware of the reasons behind those government decisions.

Knowing who might be receiving donations, what larger plan could be at play or why a seemingly obscure spot in the pacific is actually of huge importance will go a long way to helping know which platform to support.

“I feel very comforted with what they told us about what they know,” said subscriber Andrew, who was attending his third Age Live event.

“What Nick McKenzie knew was happening and the legislation (regarding overseas property acquisition) was very comforting because there have been those headlines about realtors for example taking over.”

And it was also comforting, added Lindsay that even if the answer to a question was currently unknown, he could trust the journalists to pursue an answer.

“Peter Hartcher for example can take an argument apart into its constituent parts explain those, but he’s happy to say “I don’t know” too. What we know right now allows us to make decisions, but that could change. So we have to keep up to date with that knowledge.” 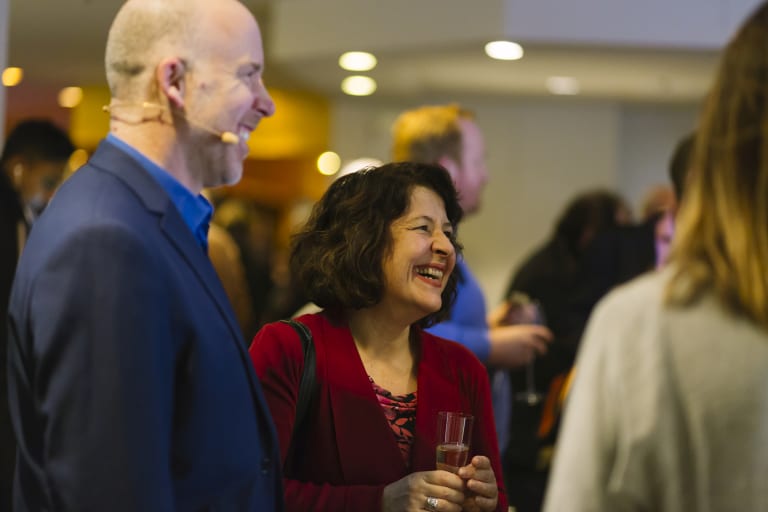